Veterans’ Day Celebrations Honor All Who Have Served

On Veterans’ Day Sunday, in commemoration of the 100th Anniversary of the End of WWI, the Chelan Community will celebrate and honor first responders and all who have served our country.

Chelan VFW Post 6853 is sponsoring the 75th Annual Veterans’ Day Parade on Sunday starting at 11:00 a.m. on Woodin Avenue. All veterans who would like to join the parade are invited to meet at Safeway at 10:30 a.m.  The parade starts at 11:00 a.m., heads south on Columbia then east on Woodin to Sanders. It will end at the Fire Station.

Community members are encouraged to line the parade route to cheer on all who have served. Bring flags, wear red, white & blue, and show your patriotic support.

At the conclusion of the parade, the Chelan 7 Firefighters will provide a free lunch for all Veterans and first responders. Other lunch attendees will be asked for a $5 donation. Proceeds benefit the Lake Chelan VFW.

Publisher’s Note: We have seen event notices that erroneously indicate parade participants should gather at Sanders & Woodin. Brian Thompson confirmed the parade starts at Safeway and moves east on Woodin Avenue to end at the Fire Station. 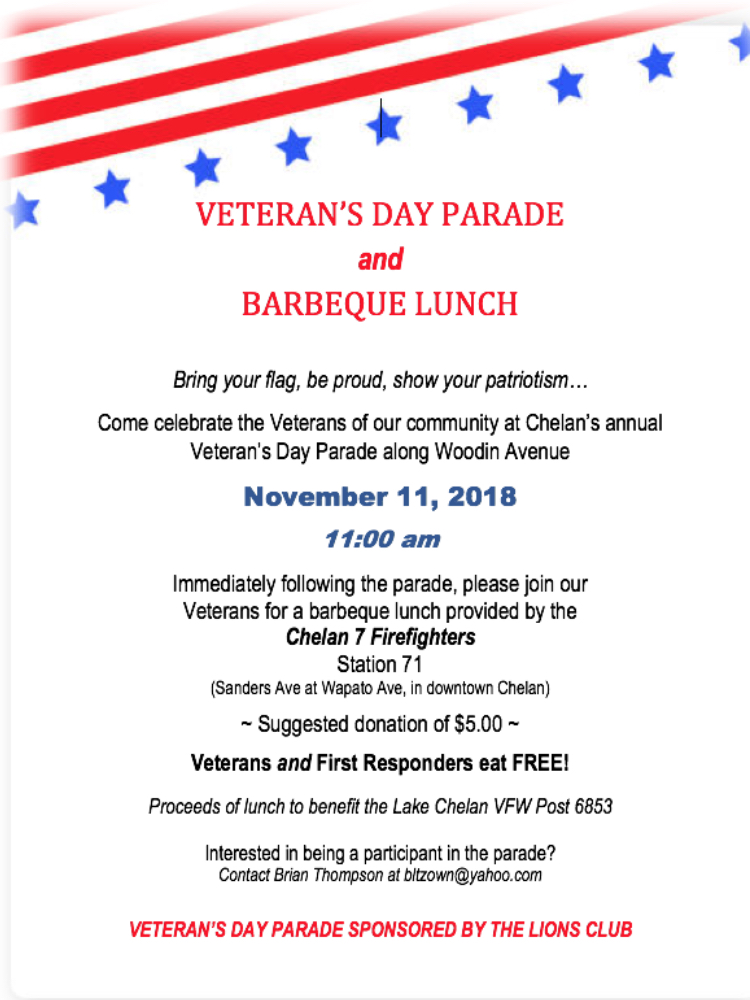