New Athletic Director on the Horizon at CHS

The Chelan High School athletic program will feature a number of new faces moving forward. The most recent change is with the Athletic Director position now held by Rob Rainville.

The Lake Chelan School District began advertising this week for a new AD. Rainville, who has served in the position since 2013, says he will be continuing his role as Middle School Dean of Students which will become a full time responsibility.

“It will be hard to leave the athletic side of things,” said Rainville. “But at the same time I’m excited about the opportunity to pursue a long-term goal of becoming a principal”.

With two children playing sports and wife Jennifer who is the head volleyball coach, Rainville will now look forward to sitting in the stands as a fan of the various sports teams.

In addition to hiring a new Athletic Director, the district is close to announcing new head coaches for the Wrestling and Girls’ basketball programs. The search also continues for a new Boys’ Head basketball coach. 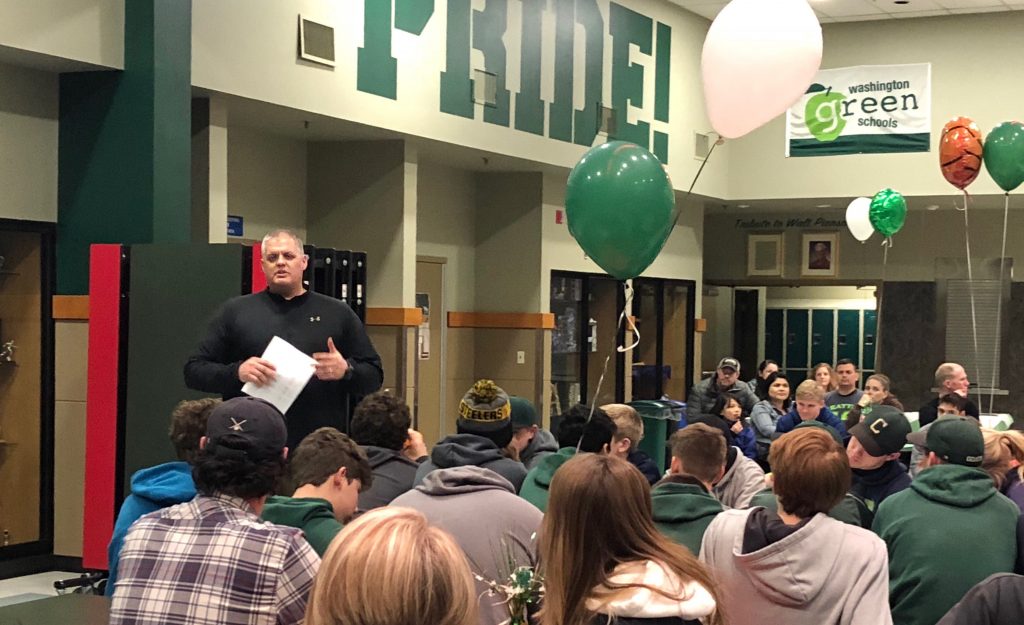