The Chelan Goats boys’ basketball program will be looking for a new head coach in the wake of today’s announcement that Jeff Pearl has resigned for family considerations. “Jeff and I spoke at the end of the season. He wants to be able to spend more time with his wife, his two young boys, and his family,” said Athletic Director Rob Rainville.

Rainville stated he appreciates all the time, sacrifice and effort that Pearl put into the Chelan basketball program. Says Rainville, “he is a great teacher here at Chelan Middle School, and even though he loves coaching and loves the kids he coaches, I’m proud of him in making a decision that benefits his family and children.”

Pearl served as an assistant coach under Hall of Fame Coach Joe Harris and took over the reins of the boys’ program after Harris resigned at the end of the 2016 season. In his first season as the head man, Pearl and his Goats topped the CTL with a record of 17-4.

Pearl told LakeChelanNow he is thankful for his eight years of involvement with the Chelan basketball program. “I’m at a place of gratitude,” said Pearl.

He went on to say it was a tough decision to make, but that it was the right decision for his family. He also said he will miss the basketball relationships with players, officials and fellow coaches.

Chelan High School will immediately open the Head Coach position and do a full search to fill the job. 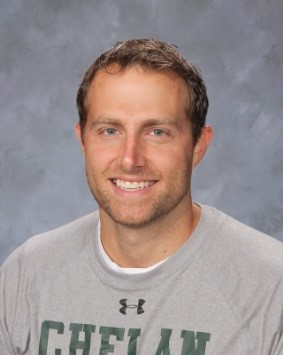