Labor Day Weekend—In front of back-to-back capacity crowds last weekend at Lakeside Surf, 32 river surfers from around the world put on a show and competed in the first-ever Continental Surf Cup hosted by Lakeside Surf in cooperation with German surf pool manufacturer citywave. After a tight battle for most of the tournament, Team Europe used its depth and experience to pull away, secure victory and hoist The Continental Surf Cup.

Led by individual champions Lenny Weinhold (Munich, Germany) and Valeska Schneider (Berlin, Germany) Team Europe began to pull away by narrowly defeating Team USA 22.83 to 19.8 in the Best Trick Round and breaking the 8-8 deadlock from the Team Rounds of the competition.

With an 11-8 lead to start the final day of competition, Team Europe kept the pressure on. They won 5 out of the first 6 Carvers-Only heats, eventually extending their lead to 16-11 heading into the semi-finals. As the intensity increased, the competitors stepped up to the challenge and began to post the highest scores of the weekend as they competed for one of the coveted 4 spots in the finals that would reward the most Team points.

Team Europe headed into the finals with a comfortable 5-point lead. Each of the top 8 competitors would earn points for the Team competition-with the champions earning 8 points each. Team Europe was led to victory by strength of the female surfers as they earned 20 of the available 36 points by placing surfers in 1st, 4th, 5th and 6th place. The Team USA men continued to earn the respect of the Europeans by claiming; 2nd, 3rd, 5th and 7th place for 19 of the 36 available points. In the end the incredibly entertaining and tightly contested finals was won by Team Europe 37-36; giving them a final Continental Surf Cup victory score of 53-47.

In the Women’s semifinals heat 1, Schneider received a stunning 9.10 in her final run to claim the top spot in the heat, pushing Jana Wessels (Zurich, Switzerland) into second. Wessels advanced to the finals with Schneider on the strength of two scores over 7.00, edging out Katharina Horhan and Gretchen Steiner, both from Vienna, Austria.

Heat 2 of the women’s semifinals was the opportunity for the 4 American qualifiers to win a spot in the finals. After strong scores of 6.73 and 7.57, Karissa Campbell (Bend, Oregon) easily snagged the top spot in the heat. Second place in the heat was hotly contested down to the final drop-ins. Only .4 points separated 2nd and 4th place, and all three competitors took their score from their 5th and final drop-in. But it was Taylin Chamberlin (Wenatchee, WA) who managed to better her score on each of her 5 runs who came out with the narrow victory over teammate Tessa White (Wenatchee, WA).

The clear favorite to win the women’s individual competition, Schneider was feeling the pressure from Chamberlin out of gate in the women’s finals. With the individual title and 8 points for the team competition on the line, it wasn’t until her 4th drop-in that Schneider posted an 8.53 and slipped above Chamberlin for first place. Showing an intense competitive drive, Chamberlin posted her 3 best runs of the competition in the finals, but it wasn’t enough to match the more experienced Schneider. Campbell and Wessels had a tight battle for third place and each posted their best scores of the heat in their 5th and final drop-in, but Campbell’s final run of 6.83 was the difference and landed her on the podium in third place. 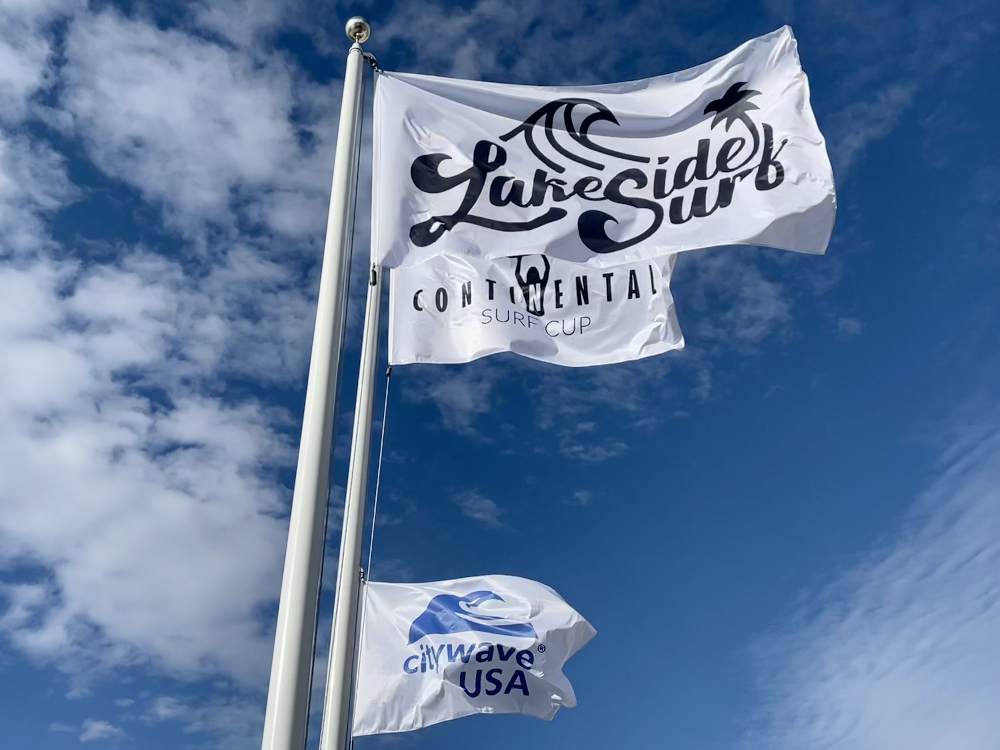 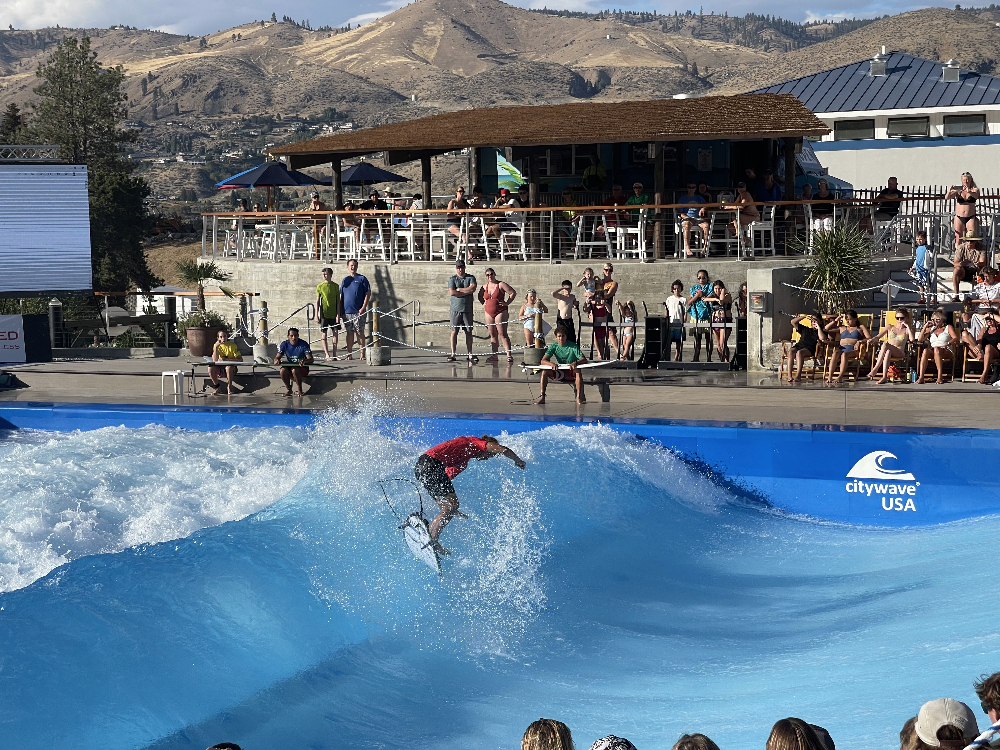 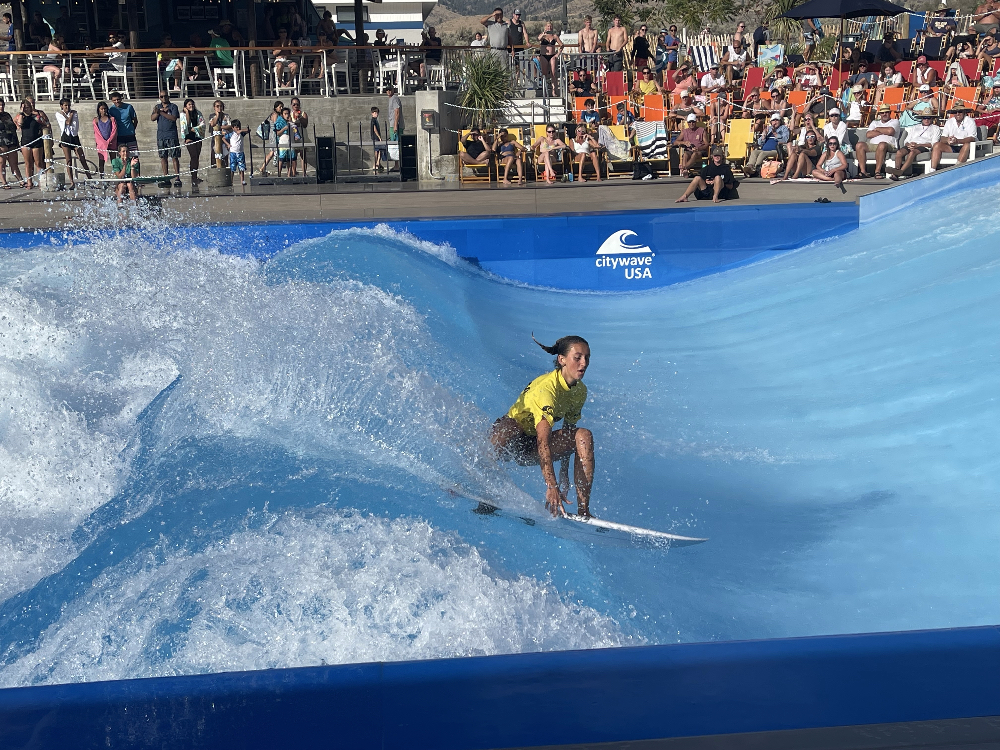 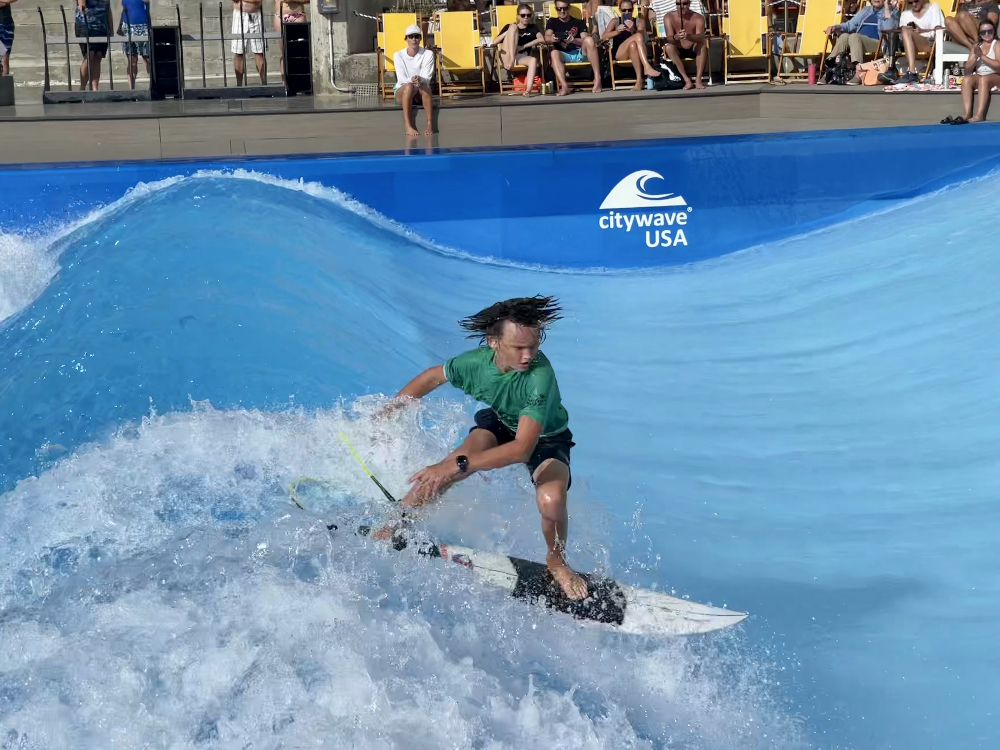 After Weinhold stomped down an 8.97 and 9.23 in his first two runs of the European Men’s semifinal, the battle was on for 2nd and a spot in the finals. Chilli Villaroel (Zurich, Switzerland) was the only other competitor in the heat to post a score over 8.0 and he did it twice with scores of 8.2 and 8.27. Daniel Brunnhuber (Vienna, Austria) and Sammy Bordner (Chelan, WA) both managed to record two runs each over 7.00 to keep them within reach of Villarroel, but neither could improve their overall score on their final drop-in of the heat.

With no competitors having yet reached their 20th birthday, the Team USA Men’s Semifinal heat was a display of youth and the future of river surfing. Ben Benson (Bali & Southern California) continued to wow the crowd with impressive turns, aerials and tricks and coasted to a first-place finish with scores of 9.07 and 8.50. The battle for second came down to 15-year-old Liam O’Driscoll (Boston, Massachusetts) and 13-year-old Cash Eygabroad (Chelan, WA). Eygabroad laid down his best two runs of the heat on his first two drop-ins of the heat while O’Driscoll struggled to find his groove in the semifinal. Still trailing with 1 run left, O’Driscoll put down his best run to that point in the competition and posted a 8.03 to surpass Eygabroad and secure the second spot in the final with Benson. The top qualifier from rounds 1-4, Kai Huggin (Bend, Oregon) struggled to regain the magic he showed in the early rounds and finished 4th in the heat.

The final heat of the competition provided a climax that most did not think was possible. Weinhold and Benson threw blow after blow as they fought for the championship. The judges rewarded their incredible runs as they combined for eight runs over 8.0 with five of those over 9.0. But it was Weinhold’s top scores of 9.57 and 9.70 that edged out Benson’s scores of 9.03 and 9.43. Weinhold was able to continually raise his performance throughout the tournament and saved his best for last. The style, power, grace and aerial show put on by Weinhold and Benson kept the crowd on the edge of their seats until the final horn sounded. O’Driscoll posted strong scores of 7.93 and 8.17 to secure 3rd place for himself, and 6 points for Team USA.

The two-day competition was hailed by competitors and viewers alike as the best tournament they had ever participated in, repeatedly referencing the wave size and new team format that kept everyone engaged. The unique format brought surfers from around the world together to compete not only for individual honors, but also a Team victory. In a historically individual sport, the Continental Surf Cup at Lakeside Surf showed the world that river surfing is as much about community, togetherness and relationships as it is about individual accolades. Surfers from both teams bonded over the competition and could be seen cheering each other on as they pushed each other to new heights in their surfing.

Spectators and surfers and tournament hosts all left with the same question; When is the next Continental Surf Cup?