Lynden Christian the opponent at day two of State 1A Volleyball

Number one ranked and undefeated Chelan played well on Friday in the opening day of the WIAA State 1A Volleyball Tournament in Yakima. The Goats posted two wins and will play in the semi-finals Saturday afternoon with an opportunity to play for the state championship Saturday evening.
Chelan opened play at the Sundome on Friday with a 3-0 sweep of Bear Creek, and later that night fought off a tall and talented Nooksack Valley squad to take a 3-1 win and move into the semi’s against the Lyncs of Lynden Christian.

Follow the live broadcast and all of the tournament action here! 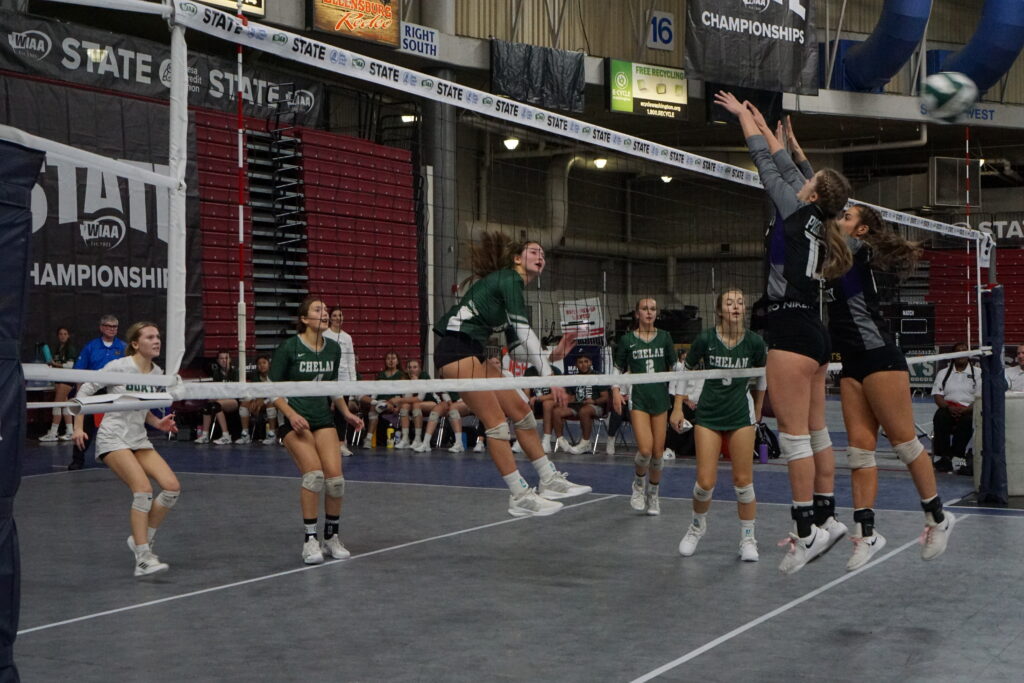 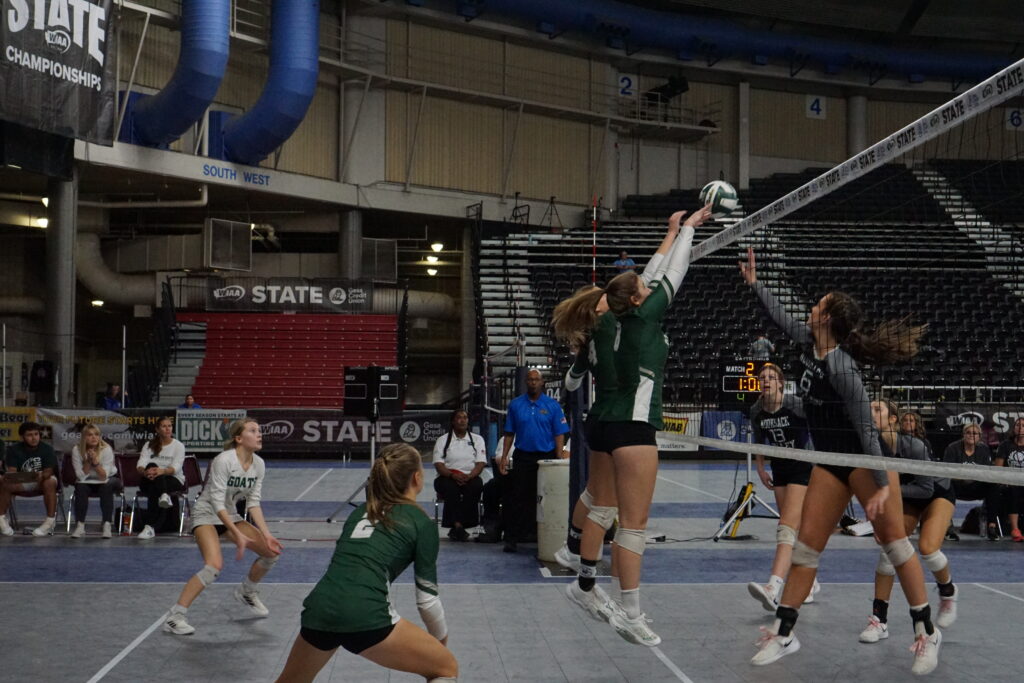 Matches at the Sundome were running behind schedule all day and night Friday and it was nearing the midnight hour before Chelan finished up. Today’s match with Lynden Christian is scheduled to start at 1 pm. The Lyncs, a long time power in 1A volleyball, won yesterday over La Salle and Freeman.
Chelan has won the last two state titles and is ranked number one again this year. Today’s other semi-final features second ranked Annie Wright against Cascade Christian. 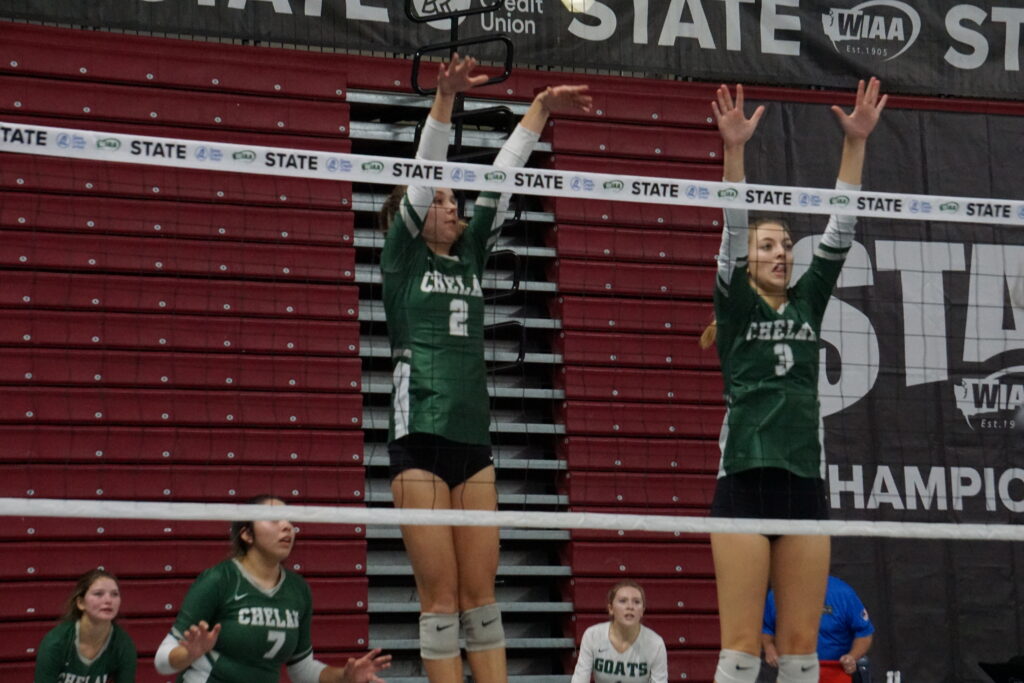