The officers serve on the Association’s Executive Committee and Board of Directors, providing oversight and recommendations in support of WPUDA’s mission. The Washington PUD Association represents 27 not-for-profit, community-owned public utility districts and one-joint operating agency, Energy Northwest. WPUDA member PUDs provide energy, water, wastewater, and telecommunications services to communities across Washington. The new officers assume an important leadership role in achieving the Association’s mission to support, protect and enhance members’ ability to conserve the power and water resources of the state and to provide not-for-profit, locally controlled utility services. 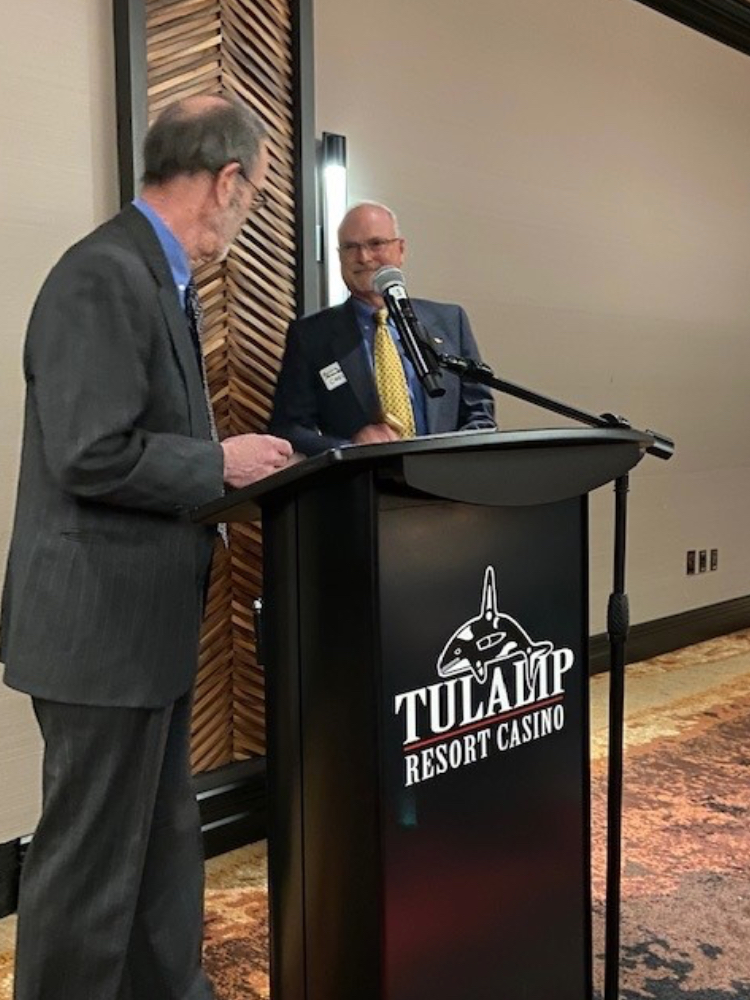 Newly elected WPUDA President, Chelan County PUD Commissioner Garry Arseneault is not new to leadership positions in the Association. He previously served as Vice-President and Secretary and served as chair of the Association’s telecommunications policy committee.

Arseneault has served on the Chelan County PUD Board of Commissioner since 2015. Arsenault said that after two years of conducting Association business remotely due to COVID-19, he is looking forward to reuniting WPUDA members.

“The theme of my year is reunited,” Arseneault said. “The focus is not on just transitioning back to in-person meetings but enhancing the connections between WPUDA members; building strong relationships that facilitate collaboration on important issues facing our state’s not-for-profit, public utility districts.”

The position of Vice President has been filled by Skamania PUD Commissioner, Dave McKenzie. McKenzie served as Association Secretary in 2021-22 and previously served as the Co-Chair of the Commissioner Education Committee for three years, a committee providing training and education for PUD elected officials. “I have enjoyed working in leadership roles within the Association over the last five years, most recently as Secretary. I really look forward to helping the organization grow and thrive into the future.”

Clark Public Utilities Commissioner Jane Van Dyke was elected to the position of Secretary. Van Dyke has served on the Clark Public Utilities Board of Commissioners since 2015 and previously served as the WPUDA Energy Committee Vice Chair. “I am honored to serve in a leadership role in WPUDA. I am a strong advocate for public utilities and look forward to working in the position of Secretary to support our collective mission to serve customers and our communities.”

Douglas County PUD Commissioner Ron Skagen is continuing his service as Treasurer entering his second year of his two-year term in the position. Skagen has extensive leadership within the Association having served as Secretary, Vice-President, and President previously.

Jefferson County PUD Commissioner Kenneth Collins concluded his year of service as President. Collins moves into the role of Past President which is a non-elected position on the Executive Committee. Collins previously served as Vice-President and Secretary.

The Washington PUD Association was established in 1936. Its mission is to support, protect and enhance its members’ ability to conserve the power and water resources for the benefit of the people of the State of Washington and provide not-for-profit, locally controlled utility services. Visit www.wpuda.org for more information.