The 102nd Manson Apple Blossom Festival kicks off this weekend with a Friday night crowning pageant at Manson High School beginning at 6:30. This years event, dubbed “Back in Bloom”, ramps up with day long activities on Saturday

Saturday events start early with the annual “all you can eat”  pancake breakfast at the Manson Grange starting at 6:30 am. Besides pancakes, the menu will also include eggs, ham, juice and coffee.

Ahead of the 11 am parade, Saturday morning activities will also include a 2k/5k run starting at 8 am in front of the Manson Business Center and 8:30 am marks the opening of the always popular Quilt Show at the Manson Grange. Entry to the show is free with an Apple Blossom button.

The grand parade will start at 11 am in front of Lake Chelan Building Supply and then makes its way through downtown before ending at Manson Bay Park. The parade will be led by members of the Manson American Legion, the Chelan VFW, and Boy Scout troops. As always, the  parade will feature a variety of entries including floats, school marching bands, horses and more.

Following the parade, the Apple Blossom 3-on-3 basketball tournament will be held on the streets near the Manson Fire Department. The tourney will feature divisions for youth, high school and adults. A number of street vendors will also be open throughout the day on Saturday. 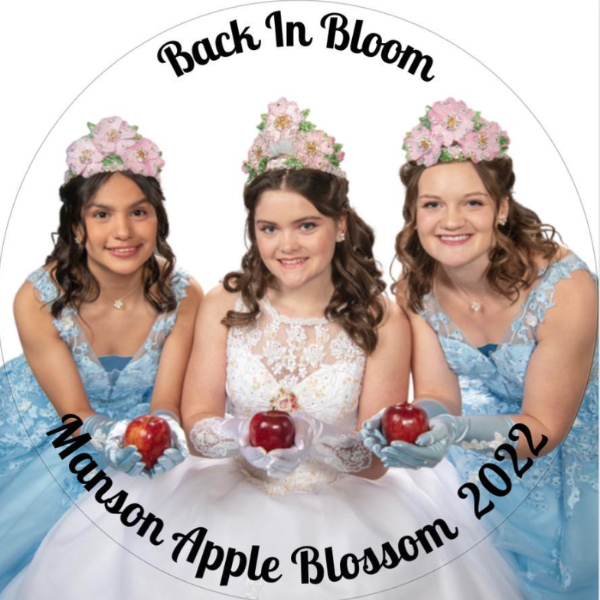