Washington needs to strengthen its school buildings to withstand the next earthquake, according to a new report sent to the governor and legislature by Commissioner of Public Lands Hilary Franz, leader of the Washington State Department of Natural Resources (DNR).

Geologists at the Washington Geological Survey, a division of DNR, inspected the seismic vulnerability of 222 public school buildings around the state over the past year. That research, directed by the state legislature, found many of those buildings would not be safe to occupy after a powerful earthquake.

“Our children need and deserve safe schools,” said Commissioner Franz. “It’s a question of when, not if, the next earthquake will hit. We need to be vigilant and take steps now to help keep our kids safe. Taking proactive steps to prevent damage is always smarter and more cost-effective than paying to react and rebuild after disaster strikes.”

The full report is available online at https://bit.ly/2NtN5bD

Editor’s Note: Pateros and Liberty Bell were among the schools assessed, however, no schools within the Lake Chelan Valley were included in this study. 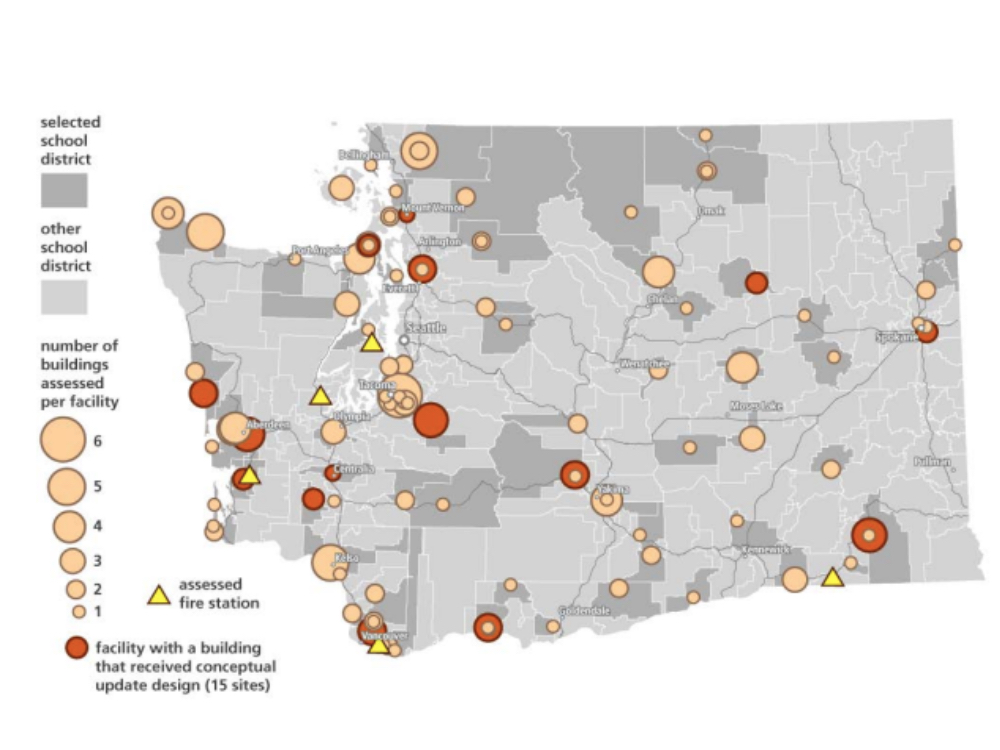 At the direction of the state legislature, DNR worked with the Office of Superintendent of Public Instruction and structural engineering firm Reid Middleton, Inc. to compile this survey – the first statewide look at the seismic stability of the state’s schools.

Many Washington schools were built before the statewide building code was adopted in 1975 and are vulnerable to earthquakes. Washington has some 200 schools within one mile of a known fault, and some 70 percent of the state’s schools are located in areas of high seismic risk. Schools located in areas of higher earthquake hazards have the highest estimate of post-quake damages.

DNR geologists studied the ground on which schools were constructed and worked with Reid Middleton engineers to inspect the structural and nonstructural seismic stability of the schools. They then produced retrofit plans for 15 school buildings to provide districts with estimated costs for retrofitting the buildings to withstand earthquake.

These plans revealed the cost of seismically upgrading these 15 schools averaged a little over $1.5 million per building, though that ranged from a low of $63,000 to a high of just over $5 million. That cost, however, is much lower than the costs of repairing damages after an earthquake.

Geology in the Public Interest

Home to the Washington Geological Survey, DNR monitors, assesses, and informs the public, planners, and municipal officials about the known risks associated with Washington’s earthquakes, landslides, tsunamis, and volcanoes to reduce the human and financial costs of natural disasters.