Just after 2:20 Sunday afternoon Rivercom dispatch received report of a wildfire off Greens Canyon Road in Orondo four miles south of the Beebe Bridge. On arrival Orondo Fire Department found a one-acre fire quickly spreading up the steep hillsides of the Columbia River.

A second alarm was struck with 18 fire apparatus and 56 firefighters from agencies in Douglas, Chelan and Okanogan Counties as well as the DNR and BLM.

Steep terrain, dry grass and strong winds caused the fire to spread quickly up and across the hillside. The fire was too remote to use firehose from engines. Firefighters using hand tools for direct fire attack were able to use geographic rock screes and took advantage of some light showers to corral to fire. The fire was contained at 6-acres.

There were no injuries.

The cause of the fire was a spark from target shooting. The shooters immediately reported the fire attempted to put the fire out. 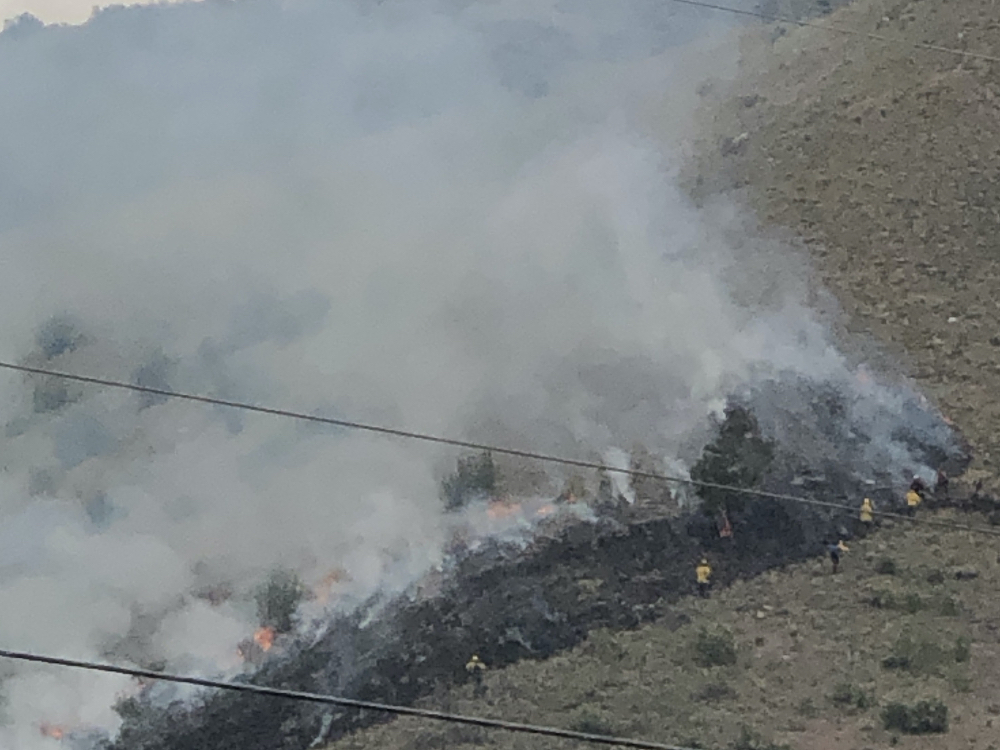