The Chelan Goat football team resumed voluntary practice sessions this week in preparation for an abbreviated season that is tentatively scheduled to begin on Friday, March 5.

Head Coach Travis Domser said the kids are working out in pods of six players and that official practices are scheduled to begin on February 16. While uncertainty still looms over the season, Domser said, “the biggest life lesson coaches and players have learned is that if you can’t control it, don’t worry about it. Do what you can control and go for it”.

Some 40 kids are going for it and according to the coach the players participating in the practices are loving it. Domser says the volunteer sessions involve a ton of teaching.

“Only worried about getting ready to play”

In order for football games to be played, the region must be in Phase-2 of the State of Washington COVID-19 designation The region is currently is Phase-1.

The Goats are scheduled to open with a home game against Cascade on Friday, March 5 at 7:00 pm at Sargent Field. The abbreviated five game season also includes contests against Omak, Ephrata, Quincy, and Cashmere. 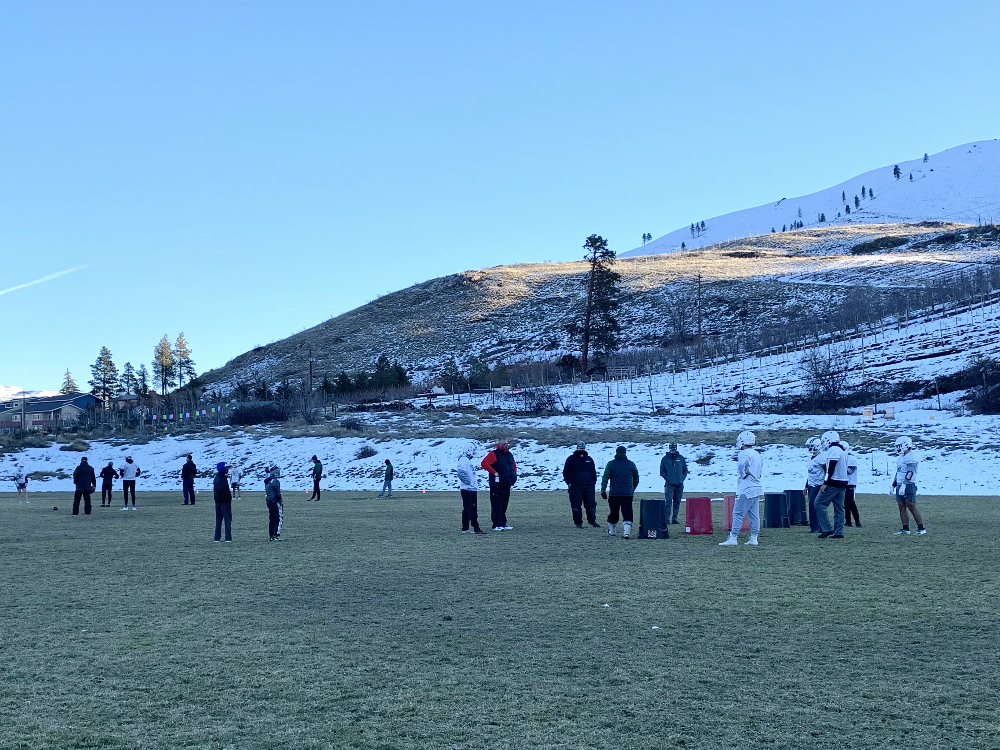