Paragliders from around the world will be in Chelan now through July 14 for the 2018 U.S. Open of Paragliding which also serves as the Canadian Paragliding Nationals and a pre-World Cup Event.

The event will feature seven days of competition featuring multiple tasks including distance and timing. The top of Chelan Butte serves as the launch location featuring four separate launch sites known as Ants, Between the Rocks, Lakeside, and Green Monster.

Saturday is serving as a practice day for the event and LakeChelanNow was able to catch up with the first pilot off the mountain, wind technician and self-professed “wind dummy” Mark Rogers from Kent.

Rogers’ job is to test the flying conditions and then report back to the other pilots. Rogers enjoyed the flight, but noted the conditions weren’t ideal. He does however anticipate a great week of competition from a location considered one of the top paragliding sites in the United States. Listen to his comments below.

Sunday is the first full day of competition with launches from Chelan Butte and landings at the Chelan Falls Park soccer field throughout the event. 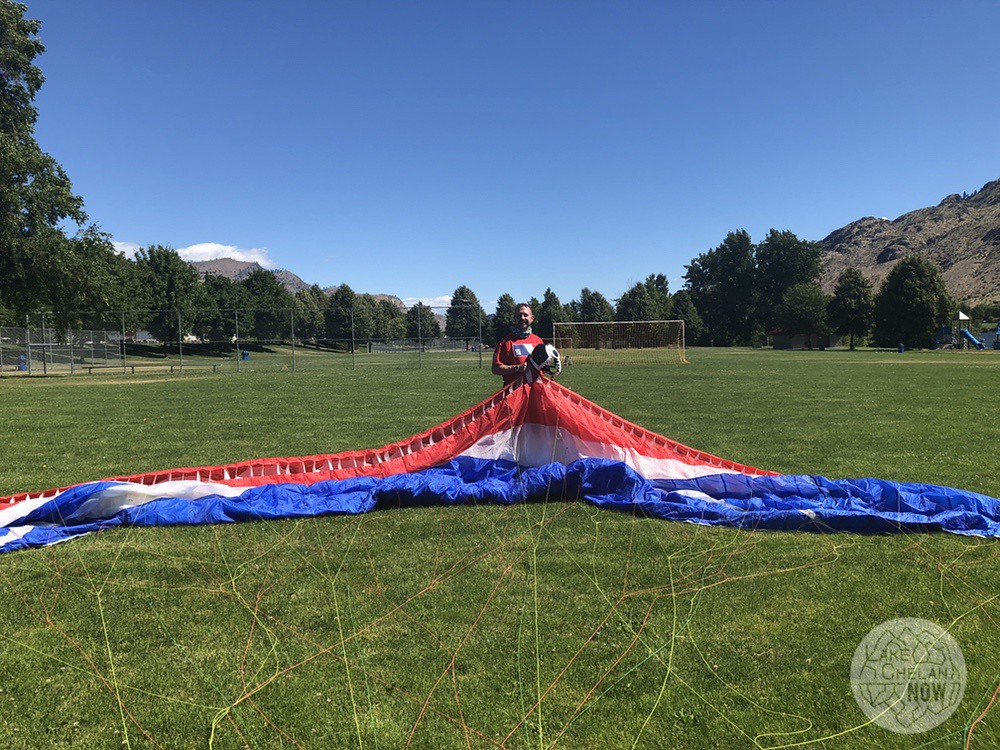