A recent aquatic invasive species survey at Lake Chelan shows that invasive aquatic plants are more widely distributed in the Wapato Basin and lower Lucerne Basin of the lake compared to survey results from eight years ago.

The 2021 survey covered the entirety of the Lake Chelan shoreline and mapped 520 acres of invasive aquatic plants, predominantly Eurasian Watermilfoil and Curly Leaf Pondweed. The survey results also documented an increase in the northern extent of aquatic invasive plants within the lake, including shoreline locations in the lower Lucerne Basin frequently used by boaters.

“While most of the invasive aquatic plants were identified near developed and shallow shorelines in the Wapato Basin of the lake, we found that they have also spread up lake to other high-use areas,” said Drew Stang, one of the scientists who conducted the survey. “These new observations unfortunately confirm the continued spread of invasive aquatic plant species within Lake Chelan.”

The full report is available at: https://lakechelanresearchinstitute.com/ais-survey-2022/

Anecdotal observations by Lake Chelan Research Institute and local fishing guides suggest that freshwater clams are increasing in Lake Chelan and that they may serve as a food source for lake trout. Additional study is needed to determine their extent, importance to fish, and impact on Lake Chelan water quality.

“Results also demonstrate the importance of Chelan PUD’s lowering of the lake level during fall and winter months. The extent of invasive aquatic plants would be much worse than it is currently if the lake level was not lowered annually.” 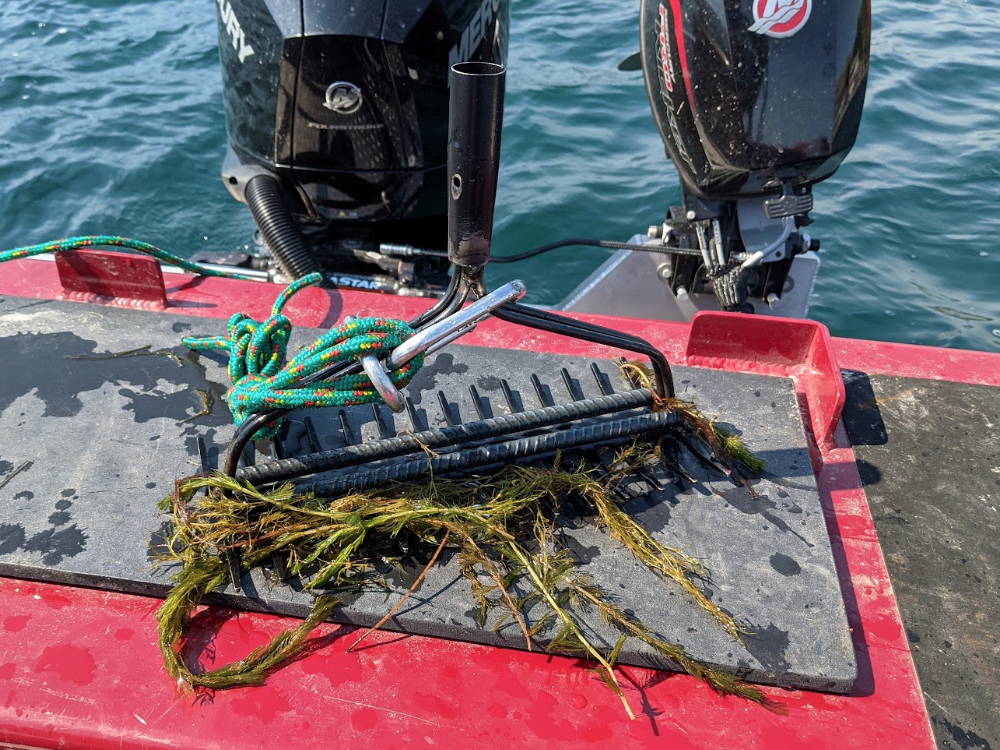 In July, the Lake Chelan Research Institute will test a possible control method for aquatic invasive plants called Diver Assisted Suction Harvesting, or DASH. DASH is an alternative to chemical use to kill invasive plants. Divers identify invasive plants that need to be removed, pull them out by the roots and feed them into a suction tube that transports the plants to a boat to be hauled away.

“The test will be conducted in Key Bay and Minneapolis Beach and will be crucial for estimating the cost of future removal of invasive aquatic plants from the lake,” Long said.

Information gathered from the DASH test also will be used to complete an Integrated Aquatic Vegetation Management Plan (IAVMP) that is needed to conduct effective control methods for Lake Chelan. The Lake Chelan Research Institute and Chelan County Natural Resources will seek funding from the U.S. Bureau of Reclamation, among other agencies, for developing an IAVMP and implementing control methods. The IVAMP should be completed by late 2023.