Update as of July 5th: The news on the Stormy Creek Fire northwest of Entiat keeps getting better. Fire officials report that the end is in sight and that as of last night the 85-acre fire was 100 percent contained.

Full containment, as pointed out by Public Information Officer Michael J. Krueger, doesn’t mean the fire is completely out. As a matter of fact, Krueger says the public will be contending with smoke in the air for quite some time due to burning stumps. These stumps are smoldering and are unsafe for firefighters to manage.

With the improved situation on the fire, many crew are being released. The Type 3 Team that has managed the fire, led by Incident Commander Tony Gilmer, will turn over command of the incident to local jurisdictions beginning Friday morning. At one time there were as many as 150 personnel working the fire with 94 on hand as of this morning. As crews demobilize their will likely be one or two crews of 20 that will continue to monitor the fire. The cause of the Stormy Creek Fire remains undetermined and under investigatin.

Update as of July 4th:

Fire officials report making great progress yesterday and last night on the 80-acre Stormy Creek Fire, located 18 miles northwest of Entiat in an area of steep and rugged terrain. Fire Information Officer Michael J. Krueger says the fire as of Tuesday night was at 50 percent containment and that firefighters are now in full mop up mode.

While things are on the improve, Krueger noted “even though there’s no smoke and flames, the fire still isn’t out and there’s work to be done”.

Firefighters have secured a 50-foot perimeter around the fire and will work to extend the perimeter to separate the fire from adjacent fuels. Some hot spots are buried deep in the ground and firefighters employ the use of working a grid to locate, dig out, spread out and then wet down.

There are currently 150 personnel on the fire, however some crews will be released over the next few days.

The cause of the Stormy Creek Fire, which started Sunday on private property and then moved onto National Forest lands, is undetermined. A full investigation into its cause won’t be undertaken until the fire is out.

In a tweet issued earlier today, Commissioner of Public Lands Hilary Franz, who heads up the State Department of Natural Resources – Washington State’s largest fire-fighting agency, wished everyone a Happy 4th of July. She ended her tweet with the reminder to “please, please, please be careful”.

So far this year, the DNR has responded to 470 wildfires throughout Washington State, of which 75% are human-caused. 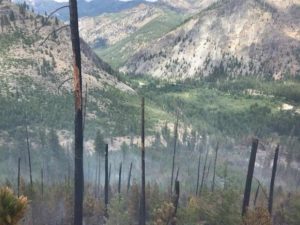 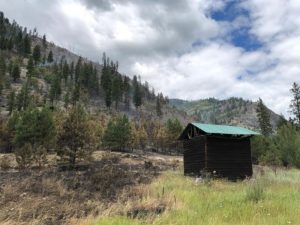 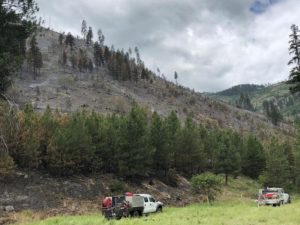 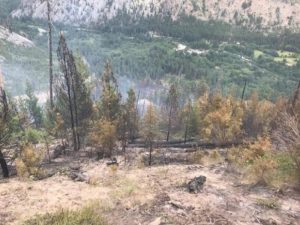 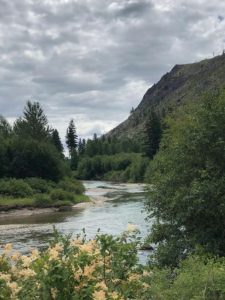 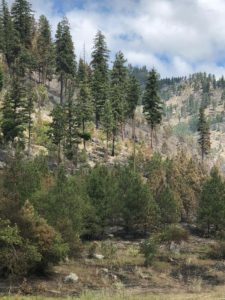 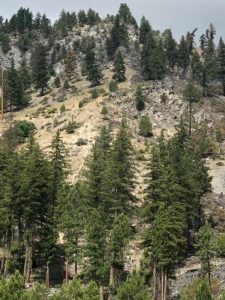 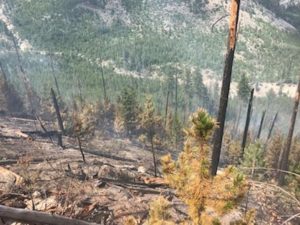 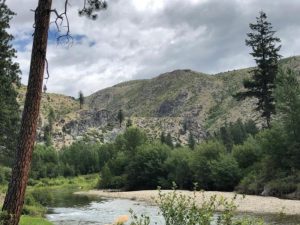