Driver Treated at the Scene

Information and Photos submitted by Douglas County Fire District No. 4

Orondo Fire, Ballard Ambulance and the WSP responded after midnight Tuesday morning to the report of an auto accident one mile south of Orondo on US 97. Arriving at the accident scene units found a heavily damaged vehicle blocking the highway. It appeared the SUV left the roadway into the northbound ditch, struck a rock embankment, rolling over, coming to rest on its top in the southbound lane.

The driver was the sole occupant of the SUV. Once extricated, he was treated at the scene. The driver was wearing his seatbelt during the accident.

Orondo Fire encourages everyone to always wear their seatbelts.

Permission granted to use the above information and attached photos. 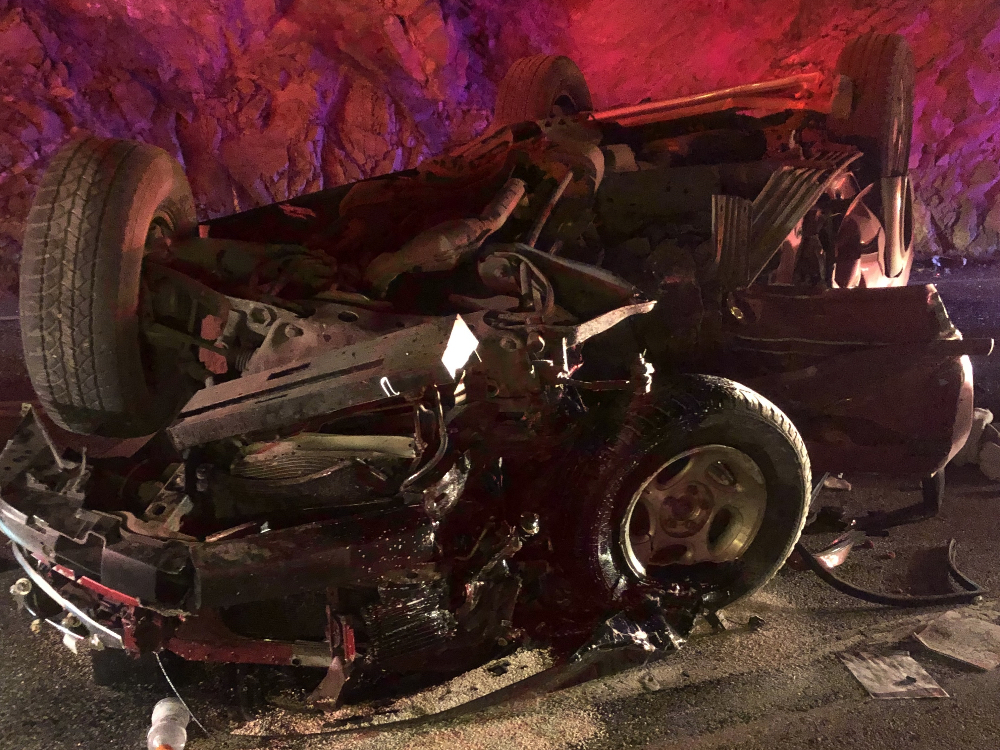