Chelan PUD Commissioner Garry Arseneault was recently appointed to the Policy Makers Council, a group that advocates before Congress on behalf of more than 2,000 public power utilities nationwide. Arseneault will serve a three-year term.

“I’m honored to represent not only Chelan PUD, but all public power utilities across the nation,” Arseneault said. “There are several significant issues being discussed in our nation’s capital, and it will be beneficial to have a seat at the table.”

The Policy Makers Council, an affiliate of the American Public Power Association (APPA), is comprised of 45 elected or appointed governing officials from communities around the country. Twice a year, the council meets in Washington D.C. to advocate on issues such as the Columbia River Treaty, grid security, and other issues of interest to public power utilities.

Arseneault is stepping in for Commissioner Randy Smith, who recently retired from the Policy Makers Council after 10 years, including a year as chairman in 2020.

Arseneault has been involved in APPA as a representative of Chelan PUD since 2014. Arseneault will also serve as president of the Washington Public Utility District Association until his term ends in April 2023.

Here for you, providing the best for the most for the longest – chelanpud.org 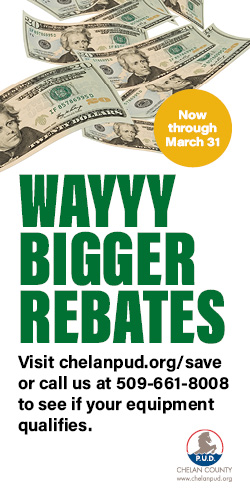