Around 5 p.m. on Thursday (10/10), Chelan Fire and Rescue responded to a fully involved golf cart at Campbell’s Resort below the Lake View Drive-In. An employee was driving it when it caught fire and was able to jump off without any injury. The vehicle was a total loss.

Lake Chelan Now was on the scene and reported on the fire via social media to dispel concerns from people who spotted the brief but dramatic plume of smoke. LCN photos are below. 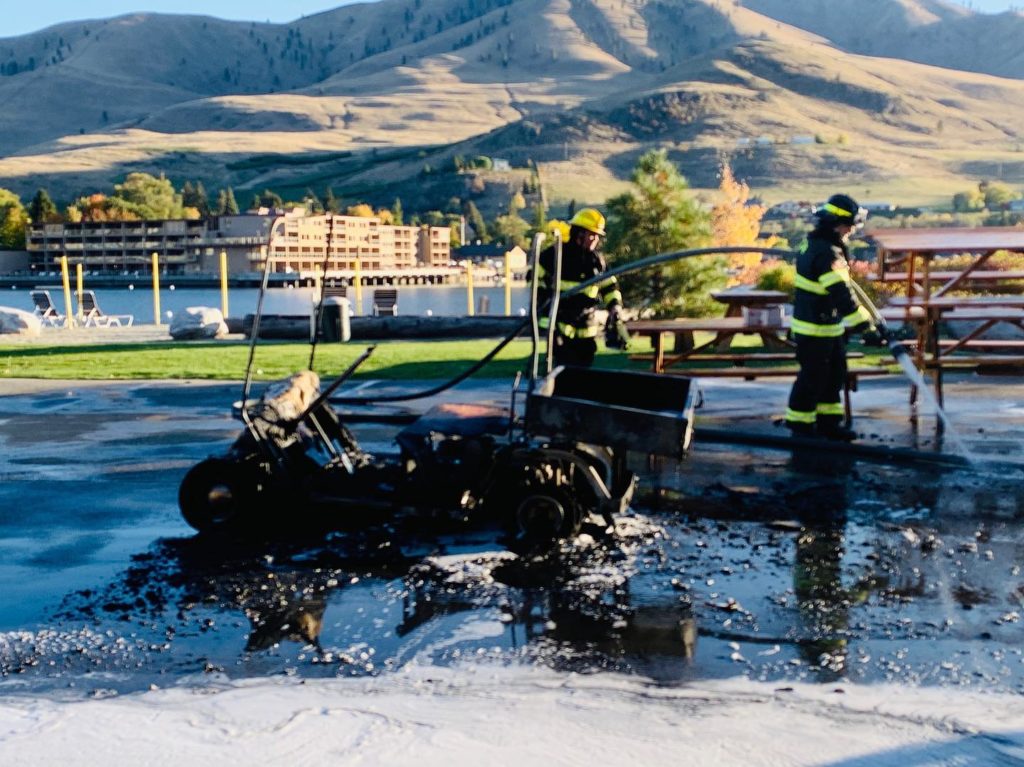 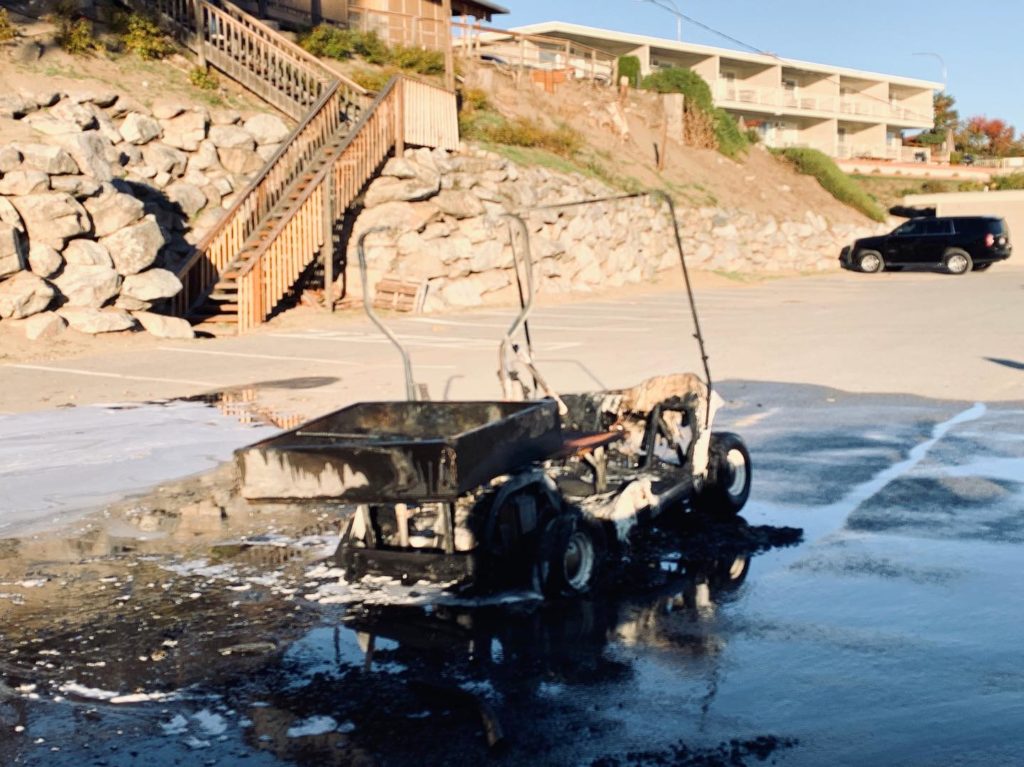